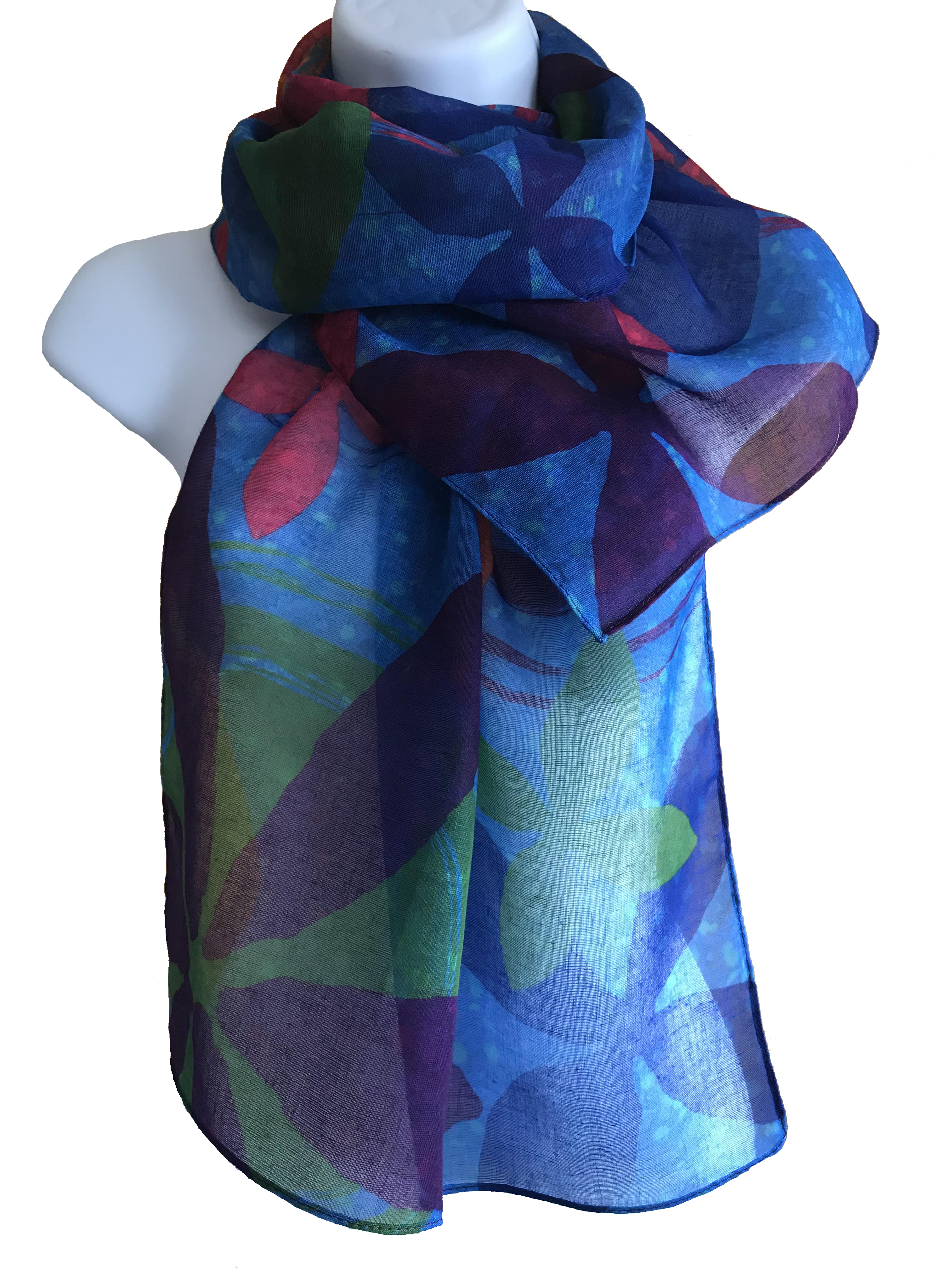 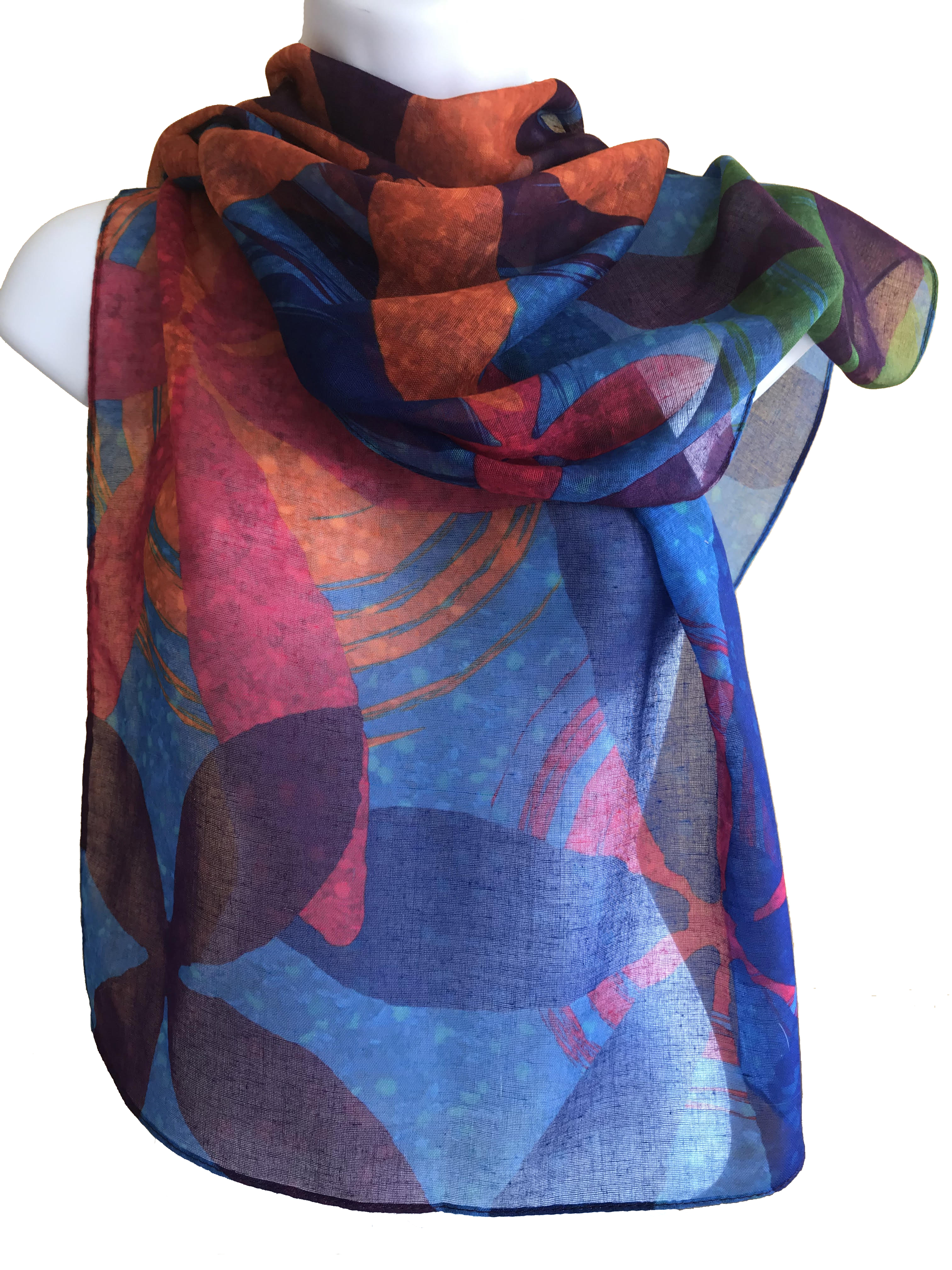 The joy of custom designing

Sometimes you just know how awesome a work of art will transcend onto a piece of fabric and become an extension of that artist's canvas that you can wear.

This year has been so terrific in the design department and I'm so happy to share with you these wonderful new designs.    Not only am I collaborating with two new artists under the JACK umbrella, earlier this year I was commissioned by The Rooms Art Gallery in Newfoundland to create a custom-designed scarf exclusively for their gallery shop.  Here at JACK, we've made many scarves, but of course using art detailing from Jack Bush, David Milne and Tom Thomson.   When the proposal came to me, I was anticipating using a painting from their permanent collection, but that wasn't what they were looking for.  They wanted to include recurring shapes throughout The Rooms Gallery; circles and shapes like sand dollars and they had specific Pantone colours in mind.  The rest was whatever my creativity would allow.

The end result is a beautiful multi-colored, abstract, poly voile scarf.  The two images above show the exclusive scarf designed for The Rooms Gallery Shop.  I posted two images to show all the complementary colours used in the design.  Depending on which way you tie the scarf, you can highlight a very different colour than the predominant blues.

How joyous when we are able to wear the art we admire.

The Francisco-Fernando Grandandos + JACK BUSH: DUET exhibit is wrapping up at The RMG, Oshawa on Sunday, September 22, 2019, and will be traveling to The Art Gallery of Peterborough January 18, 2020.    I've had some wonderful conversations with Francisco-Fernando and am very happy to collaborate with him in the making of this scarf entitled, 'Letter'   Keep an eye out online early Fall for this scarf and of course at The Art gallery of Peterborough's gallery shop. 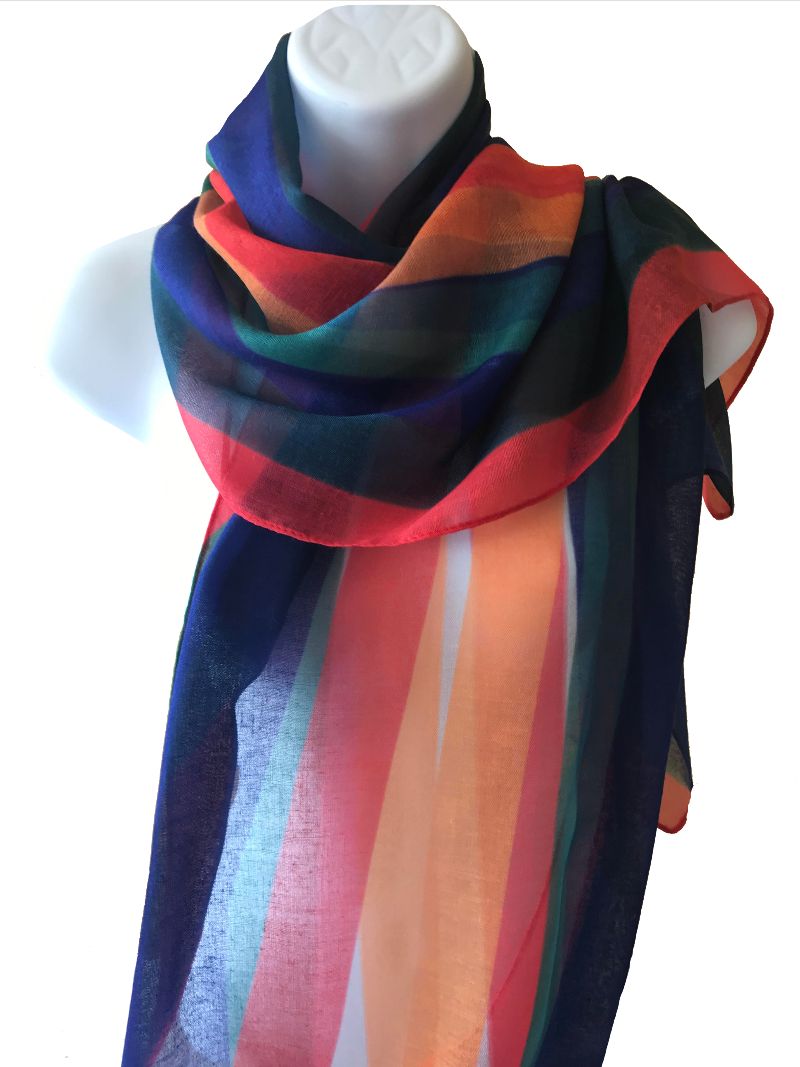 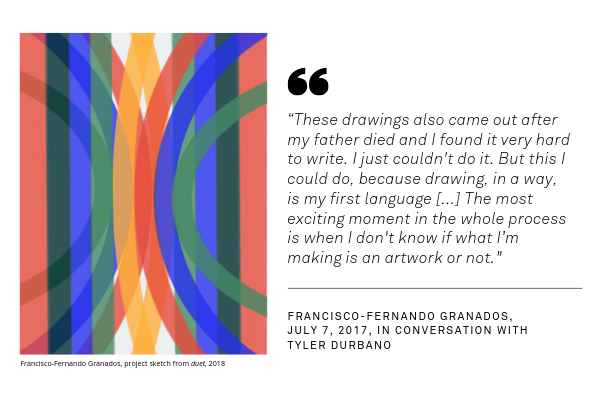 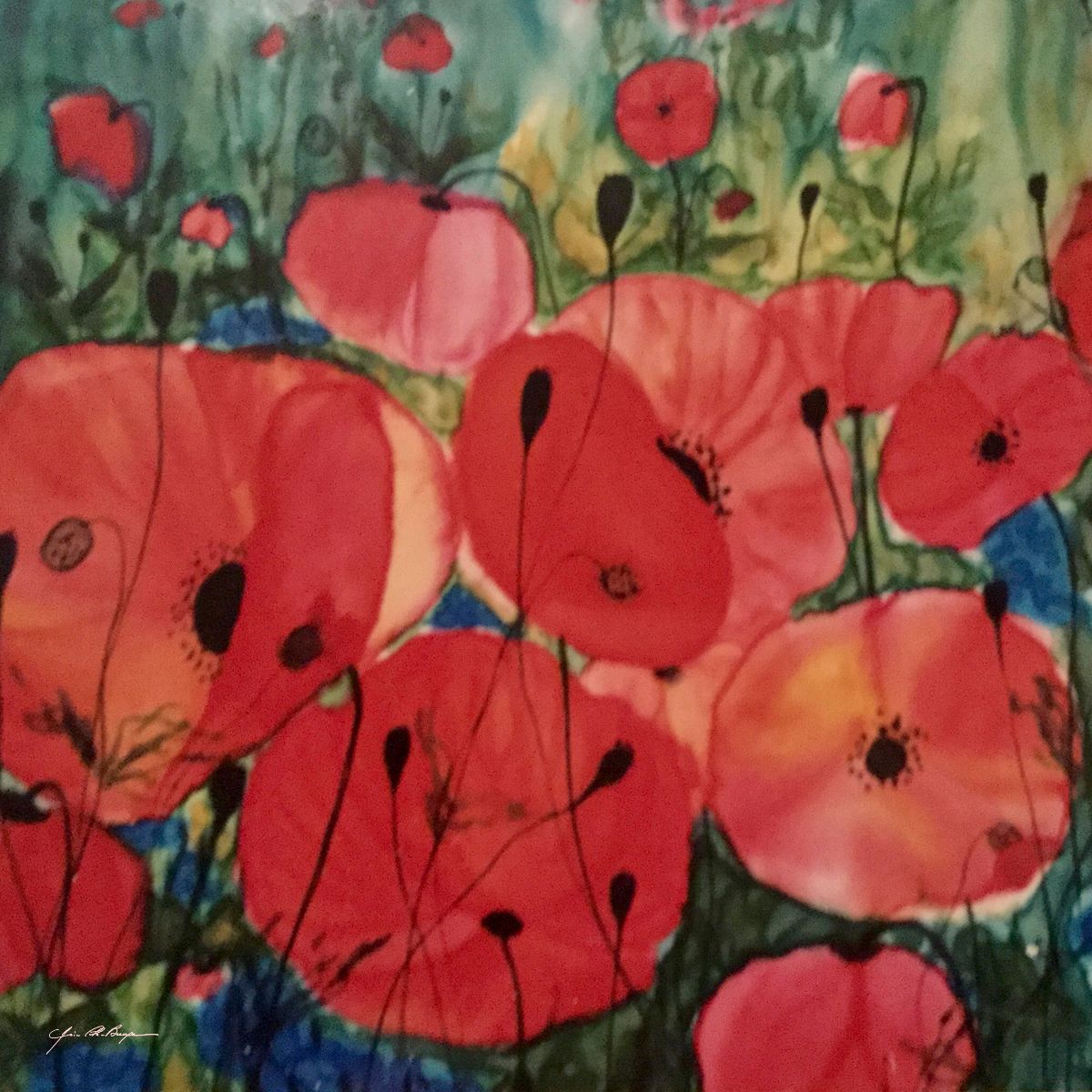 The beginnings of a beautiful partnership

By pure chance, I met an absolutely wonderful lady. As we chatted and crossed over many bridges of similarity in our lives we eventually learned about each other's love of music and art.   During this fascinating conversation, I learned Anita is the daughter of a Canadian World War II veteran father and a Belgian mother.  Her father still resides in Belgium and is over 100 years old!  She was raised in the Flanders region of Belgium where poppies were growing everywhere.  Most of her life she has attended many ceremonies at World War II cemeteries across Belgium, France, and the Netherlands.  She is very involved with veterans.

With this background, Anita developed a love of painting poppies.   Her poppy paintings which are done with dyes on silk have a hidden message for everyone, "We shall remember them" and "let us never forget".  Anita resides in Ottawa and frequents Belgium for months at a time.  Her paintings have won many awards through the years and have found homes in many Canadian, Belgium and International residences including the Royal Family of Belgium and have also been featured in Canadian newspapers and the Royal Canadian Legion magazine.
Coming this Fall, we at JACK are honoured to work with Anita on our new line of silk scarves, featuring the art of Poppy Red.  Stay tuned.....

I am also a lover of poppies. As a child I remember my Mother had a field of poppies that was so beautiful I have never forgotten. I was born in ’45 so I am sure she had them during the war as well.

I look forward to discovering your works.
I have a terrific Christmas.

I need a couple of cool scarves.
Are the poppy scarves available yet?
Thank you for helping my friend Patti Sharpe. Sometimes technology gets the better of her.
Like so many of us…